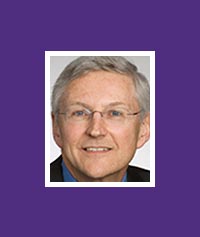 Jarold (Jerry) Anderson is the former President/CEO of Gift of Hope Organ & Tissue Donor Network, serving as the organization’s first chief executive from 1987 until his retirement in 2012. In that role, he provided overall leadership for the organization, guided its strategic direction and ensured that the organization stayed true to its mission — to save and enhance the lives of as many people as possible through organ and tissue donation.

Before joining Gift of Hope in 1987, then known as the Regional Organ Bank of Illinois, Mr. Anderson was executive director of administration at the Blue Cross and Blue Shield Association in Chicago. He has held officer and board positions with numerous local and national organizations in the donation and transplant field — including positions as president of the Association of Organ Procurement Organizations and officer and board member of the United Network for Organ Sharing. Mr. Anderson is also a founding board member and past chairperson of AlloSource, one of the nation’s largest not-for-profit providers of bone and soft tissue allografts; a board member of the Illinois Transplant Society; and a member of the American Association of Tissue Banks.